This video game is about Richard Parker(Peter/Spider-Man's Dad)and Edward Brock SR(Eddie/Venom's Dad) making a suit to cure cancer but, Richard signed the wrong paper to the wrong man. So without Eddie knowing, Peter used his spider powers to take the suit back. Then, Peter decided to do some tests on the suit. But when he put it on, he learned that the suit was dangerous. Peter escaped it but he  knew what he had to do. He had to destroy it. After he destroyed it, Eddie found out and was pretty angry. So he put on a copy of the suit and went to Midtown High's football field to look for Peter and when he found him, they started a battle in the rain. Peter tried to stop him but he wouldn't stop hitting him. Suddenly, lightning striked Venom and disappeared. You can play as Spider-Man,Venom,and the others in Ultimate Spider-Man: The GameEdit 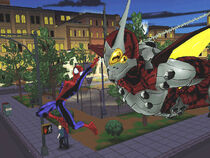 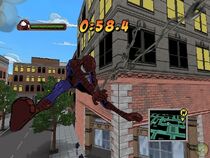 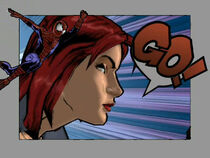 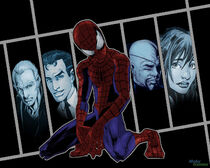 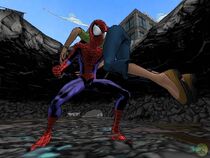 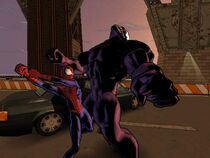 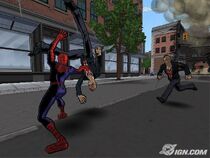 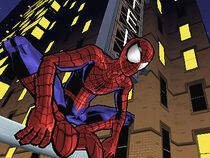 SPIDER-MAN!!!!!!!!!!!!!!!!!!!!!!!!
Add a photo to this gallery
Retrieved from "https://jonovanpedia.fandom.com/wiki/Ultimate_Spider-Man:The_Video_Game?oldid=5523"
Community content is available under CC-BY-SA unless otherwise noted.