Ben parker is the younger brother of Peter's father, Richard Parker, the husband of May Parker, and the Uncle of Peter Parker. After Richard and Mary died because of the Red Skull, Ben and May took care of Peter as if he was their own son. After Peter got bitten by a spider and became Spider-Man, Peter decided to not tell anybody especially his Aunt and Uncle because they are the only family that he will ever have. After a TV Show appearance, Spider-Man saw a Police Man chasing a burglar. The burglar ran near Spider-Man but, he didn't feel like catching him. Weeks later the burglar broke in the Parkers house and pointed a gun at May and Ben. He grabbed May. Furious, Ben yelled and ordered him to let go of her but te was so scared, he shot Ben and ran to the Acme Warehouse.

When Peter saw Police and Ambilance, one of the Policemen told him about what happened to Ben and where the Burglar is. So Peter changed in his Spider-Man costume and chased the burglar. When he unmasked him, he noticed that this was the same man who he could've stopped. After he turned the burglar in, Peter decided that he wants to be a crimefighter, use his powers for good, and learns from Ben that "WITH GREAT POWER COMES GREAT RESPONSIBLITY!" 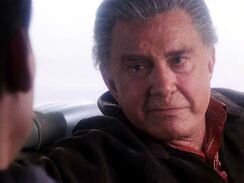 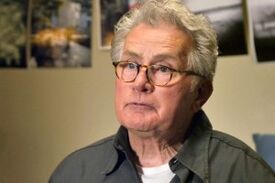 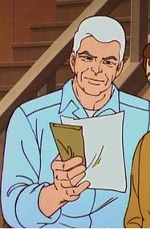 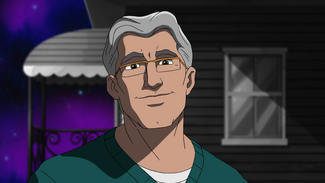 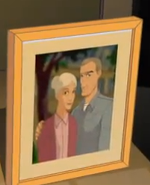 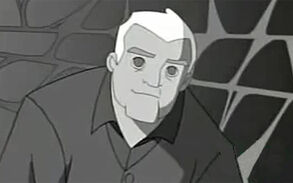 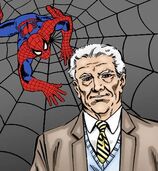 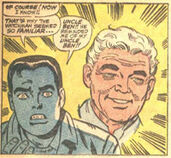 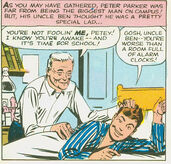 Add a photo to this gallery
Retrieved from "https://jonovanpedia.fandom.com/wiki/Ben_Parker(Earth-616)?oldid=6303"
Community content is available under CC-BY-SA unless otherwise noted.